Endocannabinoid System (ECS) is a network of receptors that enable communication between many parts of the human body. The word “Cannabinoids” was derived from the word “cannabis,” and “Endo” is a short form of “endogenous.” This means it is produced naturally within our bodies.

Therefore, “Endocannabinoid” means cannabis-like substances that naturally occur in our bodies. Besides being a natural part of the body, ECS is the most important aspect of our lives. As scientists try to explore the ECS, we are aware it plays a big role in controlling many body functions including:

Whether you use cannabis or not, the ECS exists and is readily active in your body. This article explains how the system affects our bodies and mind. Similarly, it explains how to maintain maximum health by controlling your inner cannabinoids. Therefore, read through to get more information regarding ECS and its function in the body.

How The Endocannabinoid System works

The Endocannabinoid System (ECS) is the inner state which controls important functions of your body. This means that the system transmits impulses from the immune system and the central nervous system.

It either weakens or strengthens the signals in order to protect our overall health. Our body’s ECS receptors are called cannabinoids (CB). These cannabinoids are available in the organs and cells within the body system.

In addition, we have two main CB receptors are called CB1 and CB2 that promote the proper functioning of organs. Hence, the central nervous system has CB1 receptors, while the immune cells have components of CB2 receptors. Nevertheless, both receptors work together in ensuring that the body maintains a healthy state.

Human beings and animals have CB receptors that help in regulating the activities of the ECS. Among these are hunger, heart function, fertility, immunity, memory, and pain. The CB receptors help the Endocannabinoid system in regulating body functions as it protects it against diseases.

Thus, signaling that the body is undergoing irritation, an ordinary sign of an autoimmune disorder. Similarly, the receptors assist in transmitting essential signals from one body section to the other. This triggers a reflex action that creates proper coordination and harmony within the entire system.

Lifestyle, Health, And Our ECS

The balance between hormones, antibodies, and biochemical neurotransmitters is critical for overall health. Imbalance occurs when there is an overproduction of one hormone and less of the other. This subjects us to a higher vulnerability to diseases and infections.

Our health is directly influenced by what we eat. Hence, the food we eat ends up in our guts, which form 70-80% of our immune system. A human gut does well when the PH is neutral. However, we eat lots of acidic foods that are difficult to digest. That’s why acidic gut flora affects our physical and mental health.

Science has proved that acidic gut flora doesn’t have any balance. Meaning, the immune system automatically assumes that one is sick. As a result, it immediately releases viruses and bacteria-killing enzymes into the bloodstream. This looks like a great deal to the body; however, an overactive immune system is very dangerous.

It is good when the body releases many viruses and bacteria-killing enzymes to counter a temporary infection. Nevertheless, when the body system produces many enzymes, the resultant forms a persistent state of ill-health. Likewise, dangerous diseases such as fibromyalgia, numerous sclerosis, diabetes, and cancer can cause chronic irritation.

Our Lifestyle Affects The Endocannabinoid System

Our eating habits contribute immensely to our healthy and balanced immune system. Therefore, reducing the consumption of acidic foods improves our natural defense system. It is advisable therefore to eat a lot of fruits and vegetables for a healthy lifestyle.

The health of our Endocannabinoid system depends on the body’s balance between various elements of health. ECS enables the body to maintain balance as well as avoid diseases.

Cannabinoids And Our Endocannabinoid System

Our bodies produce their own cannabinoids naturally. The Endocannabinoid balances body functions and responds to the immune and central nervous systems. Research shows that a discrepancy in the production of Endocannabinoid causes severe and terminal diseases.

The Endocannabinoid system helps the body stimulate reactions to external threats that cause sickness. When our system is not in a balanced state, it causes a condition called Clinical Endocannabinoid Deficiency (CECD).

This is the main reason why introducing external cannabinoids into the body is that it enables the ECS to rebalance itself. It further assists the body in the fight against diseases affecting the central nervous system.

Therefore, controlling cannabinoids content in the bloodstream helps activate the Endocannabinoid system. It is out of this activation that research shows that ECS alleviates and controls many conditions such as;

The immune system helps keep healthy while allowing the body to fight against infections and diseases. Inflammation is normal in a strong immune system. This is the best response to any threat to the health of the body. For those with a poor immune system, an inflammatory response is easily activated.

This results in persistent inflammation that causes pain in other conditions. Cannabidiol (CBD) is one of the cannabinoids extracted from the cannabis plant. Studies show that CBD reduces pain, nausea, anxiety, depression, acne, cardiovascular diseases, and infections.

According to scientists, CBD works together with internal ECS in regulating our body system. However, it is not yet known how the Endocannabinoid system absorbs cannabinoids. Nevertheless, CBD oil reduces inflammation by enabling the immune system to function at its best. This contributes greatly to the health and well-being of an individual.

CBD does not affect our body receptors directly. Instead, it activates its sensitivity to the ECS’s own Endocannabinoid. This is the main reason why CBD oil has no side effects on the body. Though receptors are more sensitive, research has proved that CBD doesn’t affect blood pressure, heart function, and digestion.

Similarly, CBD doesn’t affect ordinary levels of essential vitamins and minerals in the body. This further proves that CBD is not harmful to human consumption. The same information has been confirmed by the world health Organization in their December 2017 review.

As a nutritional supplement, CBD oil is a natural choice for people. In addition, it improves the healing process of our bodies. CBD oil also eases pain, nausea, and other bodily irritations that trigger autoimmune disorders.

The Medicinal Value Of Cannabinoids

There is only one reason behind the healing properties of both Phytocannabinoids and Endocannabinoids. Human CB receptors trigger conventional medicines when one starts feeling unwell. In this regard, both cannabinoids and medications have the capacity to control our body functions.

Such functions include balancing hormones, protecting cells, and blood pressure. They also assist our bodies in developing an internal defense mechanism against diseases like cancer. For this reason, Hemp CBD is better than conventional medicines. 50% of pain patients take CBD and cannabis oil with CBD as the only remedy for the pain that conventional medicine can’t cure.

Hence, Hemp CBD is the safest type of cannabinoid that is effective in activating our Body’s natural Endocannabinoid system. CBD Oil protects both your mind and body against imbalances while preventing and fighting diseases naturally.

The ECS plays a great task in maintaining the stability of your internal processes. However, much information about ECS is still a mystery to us. As experts build an enhanced understanding of the ECS, it could ultimately hold the solution to treating numerous diseases.

6 thoughts on “Endocannabinoid System | How it Affects You” 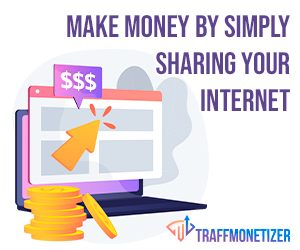